Save Vietnam’s Wildlife (SVW)
is a national Non-Profit Organisation in Vietnam that was founded on the critical need for more effective solutions to secure a future for Vietnamese wildlife.

Save Vietnam’s Wildlife (SVW) founded in 2014 evolved out of a collaborative partnership with Cuc Phuong National Park to support the management and operation of the Carnivore and Pangolin Conservation Program (CPCP).
The CPCP was a species-specific project for the Owston’s Civet overseen by Fauna and Flora International in Cuc Phuong National Park. OCP became the ‘Small Carnivore Conservation Program’(SCP) as its mandate expanded to include other species of mustelids and viverrids.
In 2005, the same team founded the ‘Asian Pangolin Conservation Program (APCP)’ the first organisation working with pangolins in Vietnam. In late of 2007 these two programs were combined to become the ‘Carnivore and Pangolin Conservation Program (CPCP)’, a progressive conservation program for all species of small carnivore and pangolin in Vietnam. The CPCP has been a program of Cuc Phuong National Park, and today focuses on the rescue, rehabilitation and release of carnivores and pangolins confiscated from the illegal wildlife trade; and the development of global conservation breeding program for threatened carnivores and pangolins.
SVW was founded in 2014 by Thai Van Nguyen who was formerly Pangolin Captive Manager at the CPCP to expand the conservation activities of the CPCP. Since then it was evolved into a organisation that advocated globally and nationally for pangolins, small carnivore and all threaten species in Vietnam. It has opened Vietnam’s first pangolin and small carnivore education centre and has successfully lobbied to have pangolins scales removed from the National health schemes and works with other rescues centres to raise staff capacity and animal welfare standards across Vietnam.

Stop the extinction and champion the recovery of threatened species in Vietnam.

SVW - Save Vietnam’s Wildlife was officially established as a national Non-Profit Organisation per Decision no 482/QĐ-LHHVN issued on 22nd July 2014 by the Vietnam Union of Science and Technology Associations (VUSTA).

SVW has been granted an activity license for science and technology no A-1200 dated August 1st 2014 by the Ministry of Science and Technology.

Since SVW was founded in July 2014, we have developed long-term conservation program. Most of our resources are spent working on the ground to save animals from illegal trade, protecting our recognised wildlife strongholds and continuing to monitor released individual and wild populations. There are six main fields we are working on: Wildlife rescue and Rehabilitation, Site protection, Education Outreach, Conservation Breeding,  Species Conservation, Advocacy. 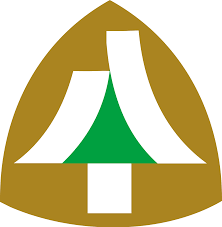 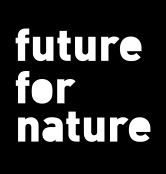